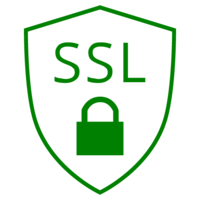 Generally, OpenSSL is used for CSR generation on Linux-based web servers (Apache or Nginx) So, if the default web server is installed, there should be no issues with using OpenSSL as it is installed by default on these web servers.

The RSA key algorithm is the algorithm most widely used in digital security. It's an asymmetric cryptography algorithm. This basically means that there are two keys involved while communicating, i.e., the Public key and Private key.

Secure Shell (SSH) is a protocol that provides secure command-line access to a remote server. By using SSH, you can remotely log in and run commands as if you were sitting right at the server.

The benefit of using SSH over other methods of remote access is that, as the name suggests, communications are securely encrypted, protecting the traffic flowing to and from the server. Data is encrypted at both ends of the client/server connection using a digital security certificate and access credentials are also protected.