Adobe has agreed to acquire Figma for $20 billion 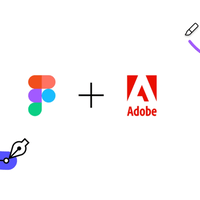 Adobe has announced that it's acquiring Figma, a popular design platform, for around $20 billion in cash and stock. Adobe made it official in a press release shortly after rumors surfaced early on Thursday about a potential acquisition. It's big news in the design and development world, particularly as Figma has been competing heavily with Adobe's XD products in recent years.